Recently, I have been archiving some historic files from previous shoots.

When doing this I am often distracted with images and shots that took me a while to work up. This shot is one of them. 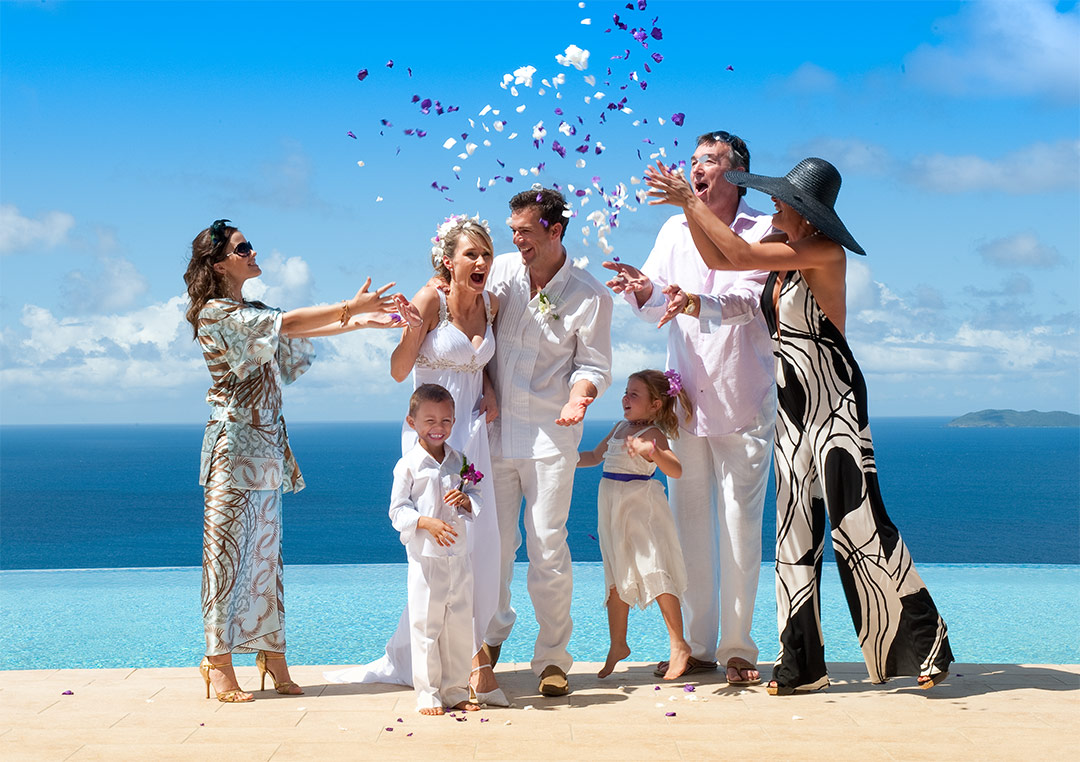 It was part of a very large shoot for a villa on the Island of Mustique. This frame is one of twelve that went on to become a stop motion animation of the confetti throw.

You can see it below:

There’s so much hidden work involved in the preparation for this shot.

I decided to shoot this using ambient light only. You can see where the sun is, and the shot schedule was tight as the sun moves across the terrace quite quickly.

It’s also not really practical to use flash when I am going to shoot rapidly in direct sunlight. There’s no way that the mono flashes we have available will keep up with the frames, and I know I’d need every frame to be correctly exposed and to be able to get the “stop motion” to flow without losing frames when the flash doesn’t fire.

I also had to consider that the models were in direct sunlight, close to the equator, and therefore subject to sunburn!
In addition to this, we had limited confetti, and the flowers were wilting in the heat as we shot!

I just checked a we only shot fifty six frames to get the final twelve used.

Why did I shoot at the settings above?

This shot was taken a while ago, hence the A7r2. I now use an A7r3. The lens is stopped down because there are children in the shot and whilst I want to present a professional stance, just like it is for every other photographer they are a real challenge, and I need to keep to keep them within the plane of focus. Therefore I used a very small aperture and let the auto focus system deal with it. There were many more priorities during the shoot. Something to bear in mind with this shot is that it is not a real wedding. All of the models are professionals. This shot is intended to represent the resort. It is therefore critical that the pool and the terrace are both sharp.

I chose 1/125th because I wanted some movement in the shots. I understand that the modern approach is to freeze everything just because we can. That’s clearly a mistake and finding a balance will make the difference between a well executed shot and and better shot. WYSIWYG there is no post processing. All of the movement is photographic and the confetti throw is genuine.

These were shot by Joanna Anthony and Mat Newcomb. 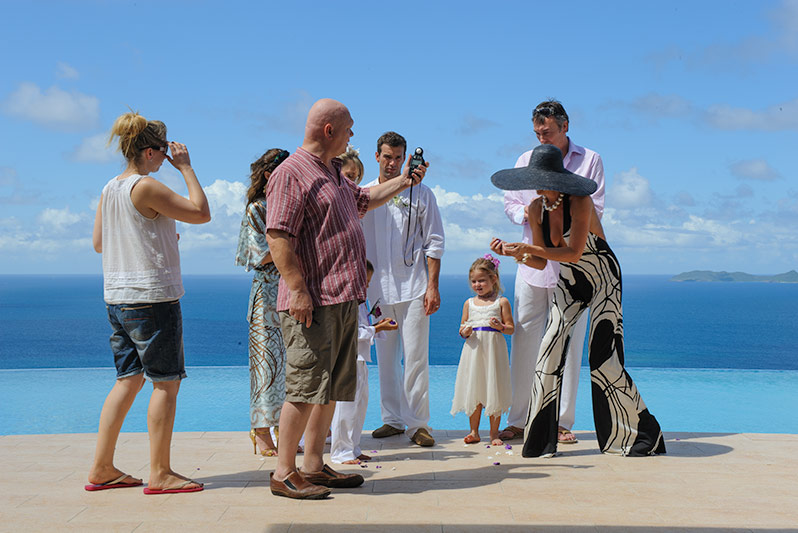 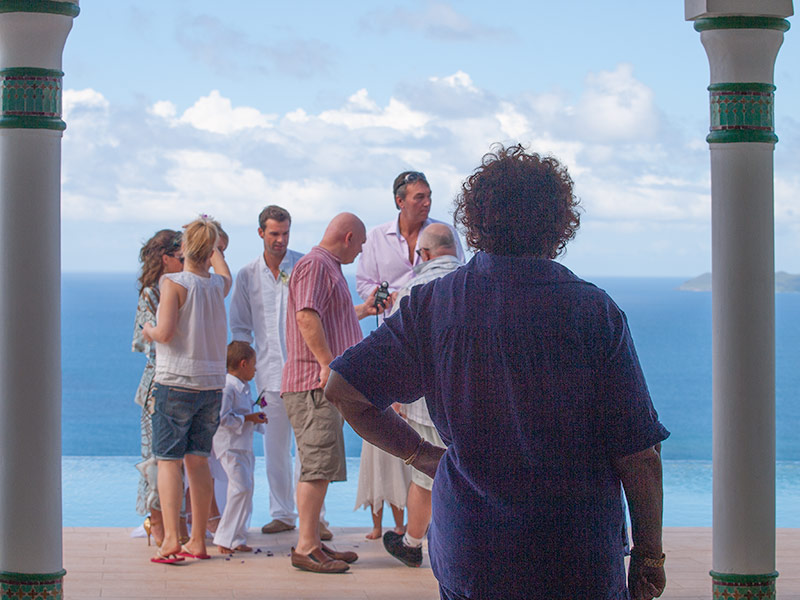 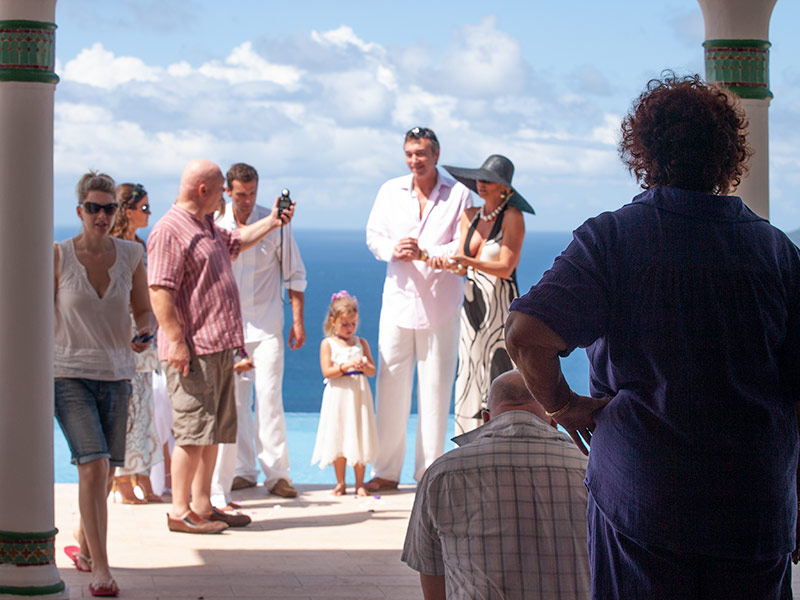 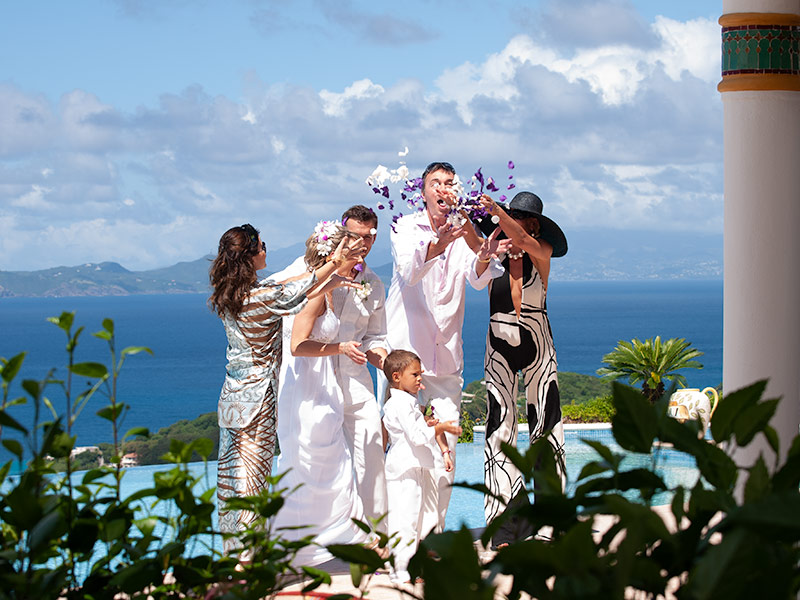 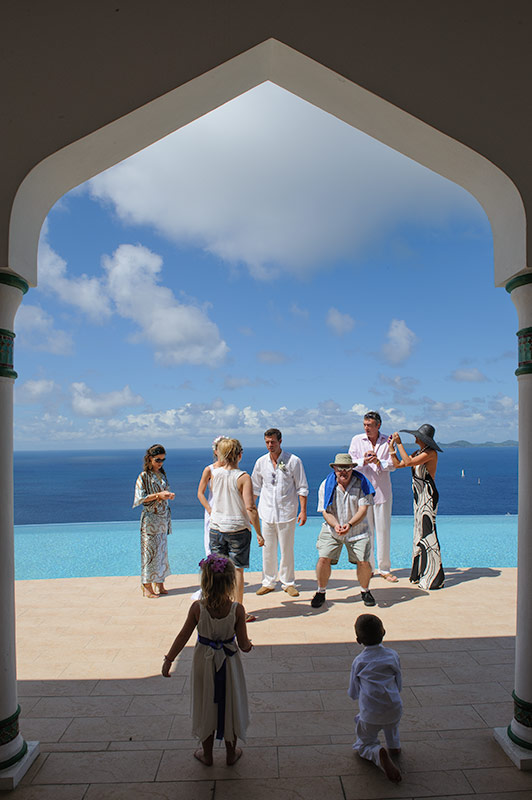 Colin – briefing the kids, before the confetti throw.