Kodak & the invention of digital photography

In previous posts I may have mentioned that I’ve been doing this for quite a while.

My career has spanned over the 30 years that saw the rise of the digital revolution and the demise of the once great yellow company. It’s a company and a subject that interests me and I have a few articles that I’d like to share.

This post is a celebration of how far digital photography has come, and the contribution of a Kodak researcher called Steven Sasson, the inventor of the hand held digital camera.

I wanted to show you, with a practical demonstration of images, just how far digital photography has come since 1975. 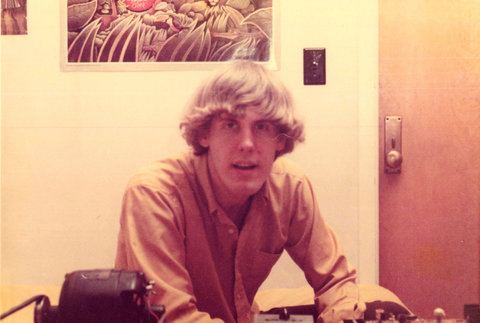 Regarding the claim that Steven invented the digital camera Wikipedia says: 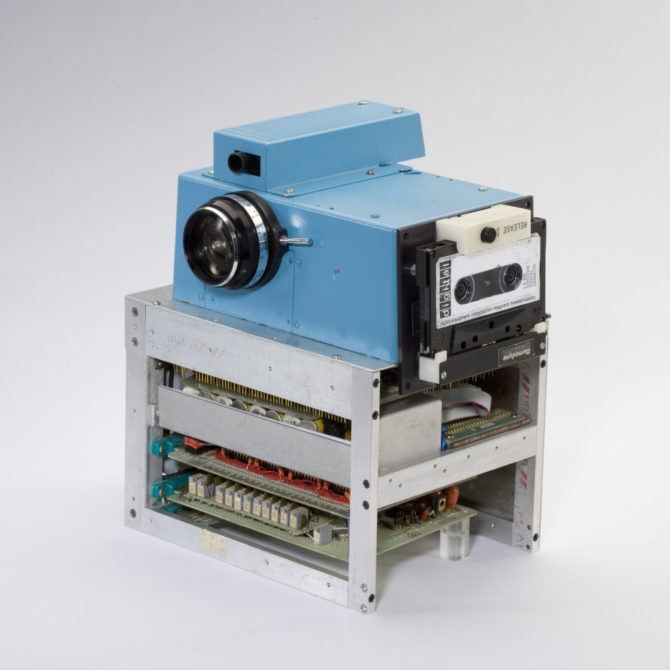 I want one of those!

People of a certain age will see the cassette tape on the side. This gives us an idea of scale.

Now, my first reaction was to give a broad smile and a giggle, but then I began to see at it as a thing of beauty. There it is… The very first version of the tool I would use throughout the second half of my career.

No film, no film batch matching, no film processing, no more processing errors, no Polaroid test prints, with smelly corrosive chemicals, no waste, no trips to the processing lab, fewer parking tickets, whilst waiting for film, no “once only” decisions about pushing and pulling the film, no clip tests and lost frames, no marking up film pods, no arguments with airport security staff about putting the film through the X-Ray machines, no fogged edges, no half moons or cockling, no scratches, no white gloves, no chinagraphs and traces, no sleeves, no moisture free storage… Nivarna’s precursor.

It takes vision and dedication to produce a piece of digital kit that stands alone in an analogue world, and further, to postulate what may happen in the future…

Context is everything. Think about the world, at that time, in which Steve lived.

…in spite of all this. here it is… 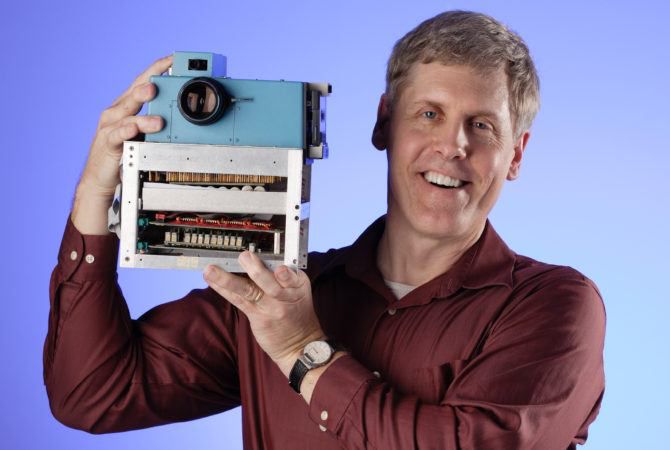 How did it work?

Using the exposure button, you took the picture, captured by a CCD, and the camera, wrote the information to the RAM, you then off loaded the image to a cassette tape. In principle, this is exactly the same as it is achieved today by my Sony A7R Mk3 mirrorless camera. The difference is that the SONY has a very large and speedy buffer and fast SD cards on which to offload the images. So, Steve’s camera used exactly the same principles as every compact, DSLR and mirrorless camera today.

What are the specs?

Referring to the issue of resolution, In meetings at Kodak, Steven said that he thought people would reasonably expect around 2 megapixels to be satisfied with the quality. That seems small now however, back then that was a vast number!

OK, now we have the image file captured, all we need now is a playback system and a screen on which to view it… 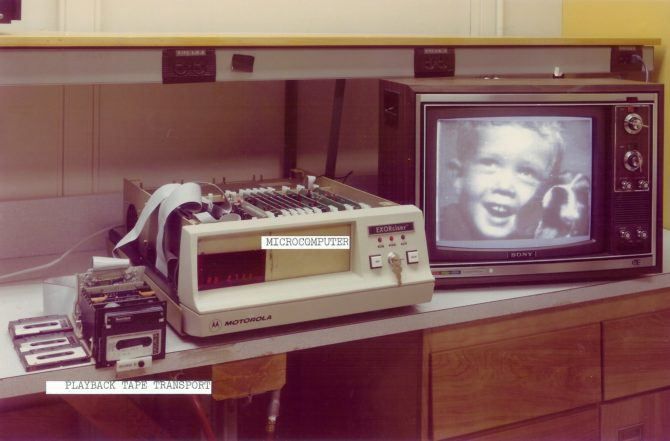 and here it is… from tape to computer to television

and here it is… from tape to computer to television. It may have looked like that in 1975 but it looks like this in 2019… 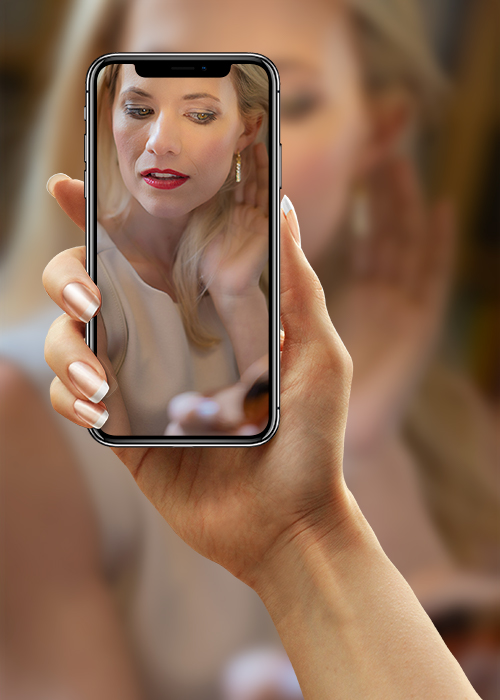 This is the image size that the Kodak camera shot. Very nice, but quite small.
Note: in reality this image is a scaled down file, taken from the SONY original file.
Number of pixels: 10,000

Here’s the same 100 x 100 pixel portion of the same image taken from the original file that the SONY A7R Mk3 produces:

To make things clearer, and as a visual aid only, here’s a same file as the image above that shows 1000×1000 pixels. That’s a hundred times more resolution (same image, same file) 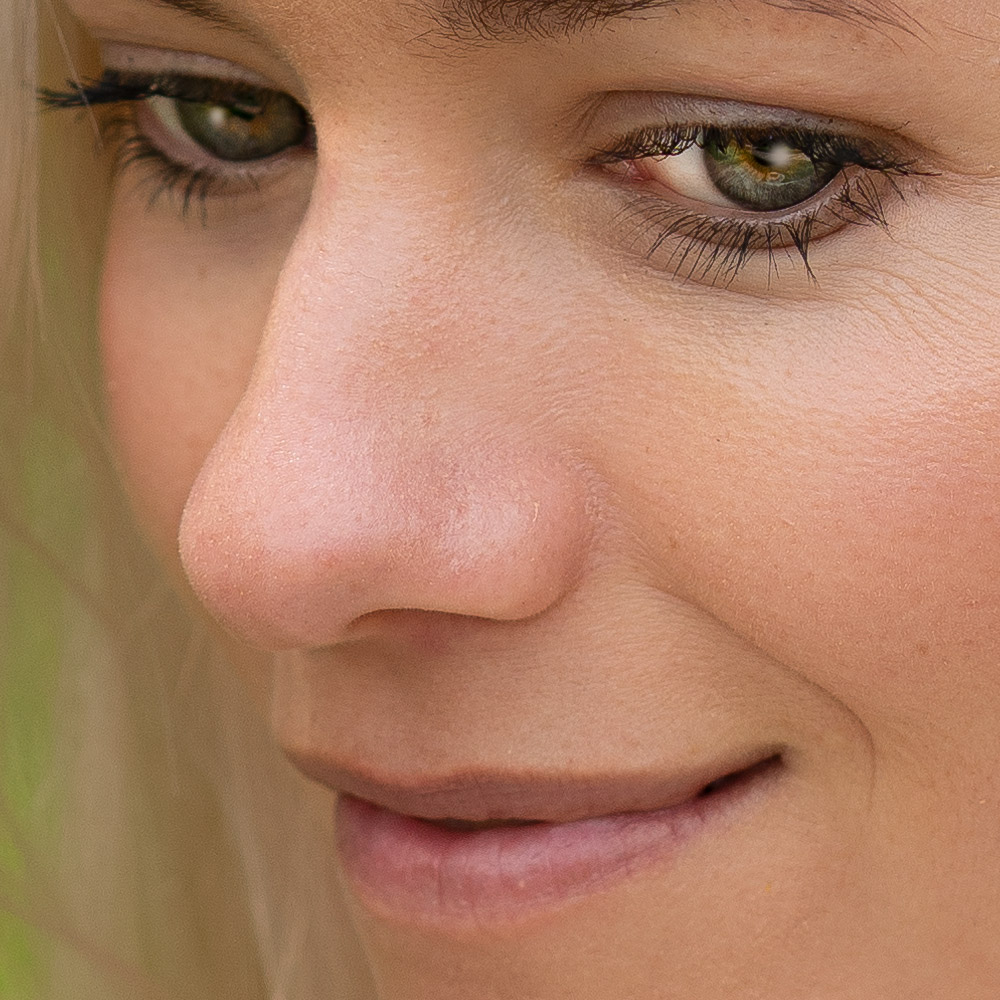 And finally below, here’s the full file of the SONY shot…

The original file is 5304×7592 pixels, when used at full resolution (it’s slightly cropped!). What you see here is 583×785 pixels, Your screen would need to be larger than your desk and maybe your shelves, to see it all!

Number of pixels in the original: 40,267,968 (That’s over forty million pixels! Same image, same file). And of course this image is in colour (RGB) 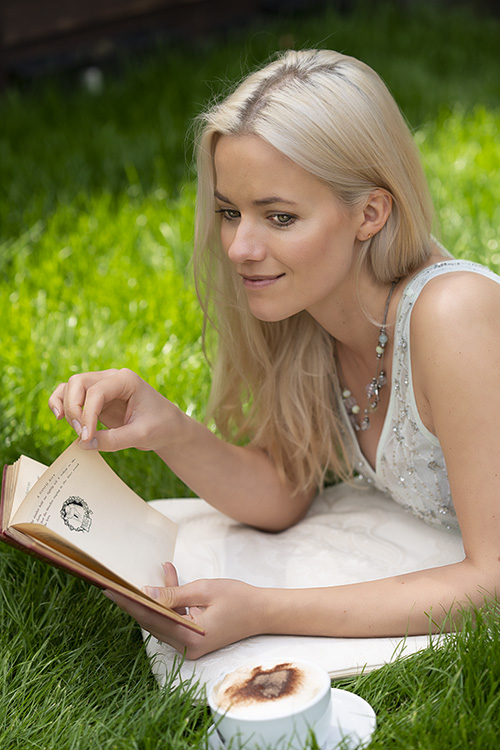 We can’t have a SONY A7R Mk3 image (or Mk4 come to that) without Steven Sasson inventing the Kodak Digital Camera.

It was not until 1991 when we saw the Kodak DCS 100 as the first digital camera available to buy.

Just look at that storage device! 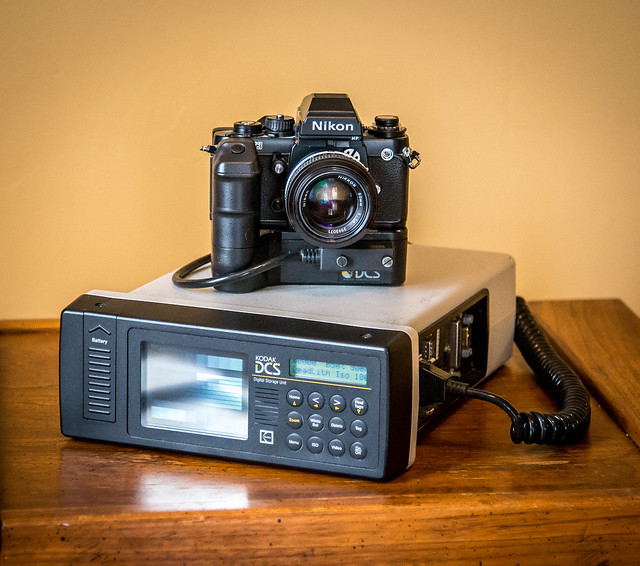 based on a Nikon F3. The Kodak DCS100, the first commercially available Digital Camera

So, now we have the camera… thanks, Steven.

What else is needed, so we can use it on a daily basis? 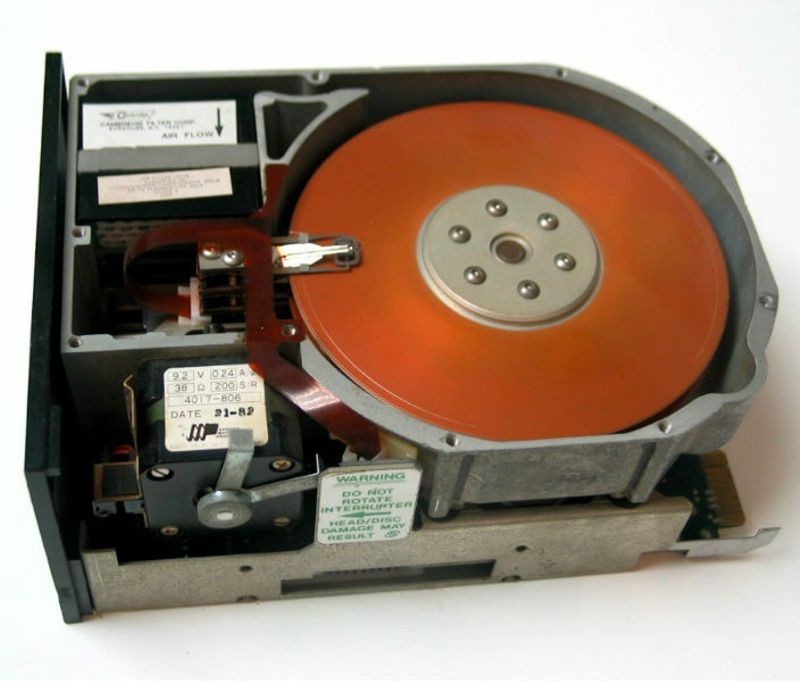 Seagate’s ST-506, with a 5Mb capacity. It is the daddy and a bad boy all rolled in to one.

…all that history so that I can produce this: 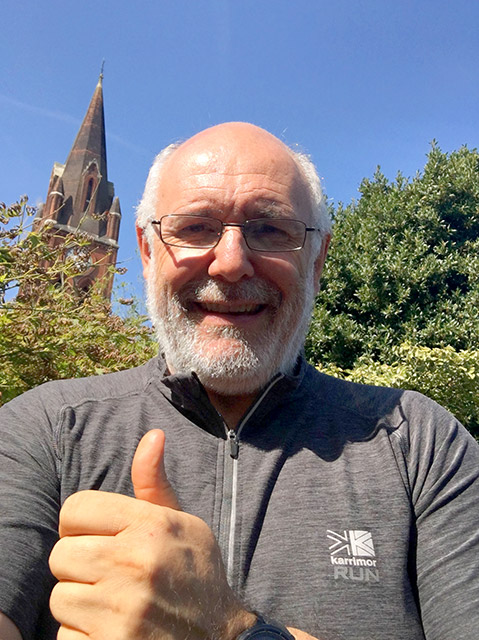 Idiot boy gives the thumbs up to Steven Sasson

But that’s the point really isn’t it?

So today, let’s celebrate Steven Sasson and Eastman Kodak, for the digital camera that produced images like this…

…that has led to technology that allows me to take pictures like this:

from a Canon G9 Compact Camera: 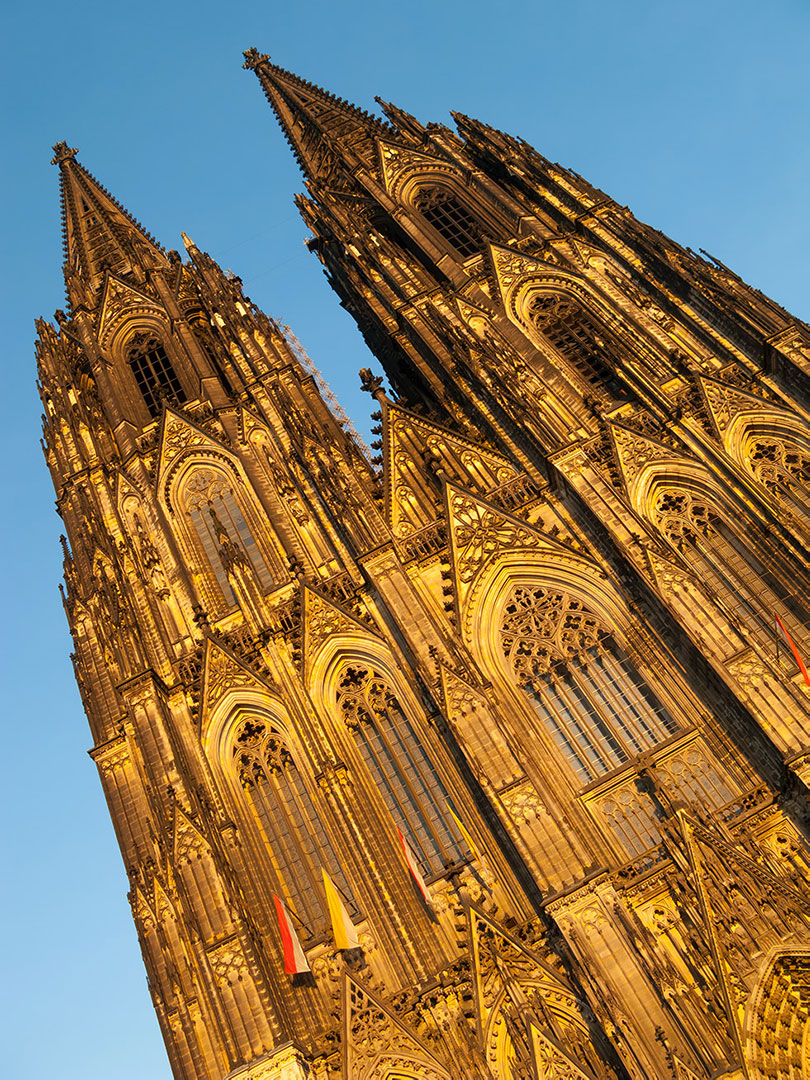 Koln Dom during the golden hour

and this from a SONY A7R Mk3 Mirrorless Camera… 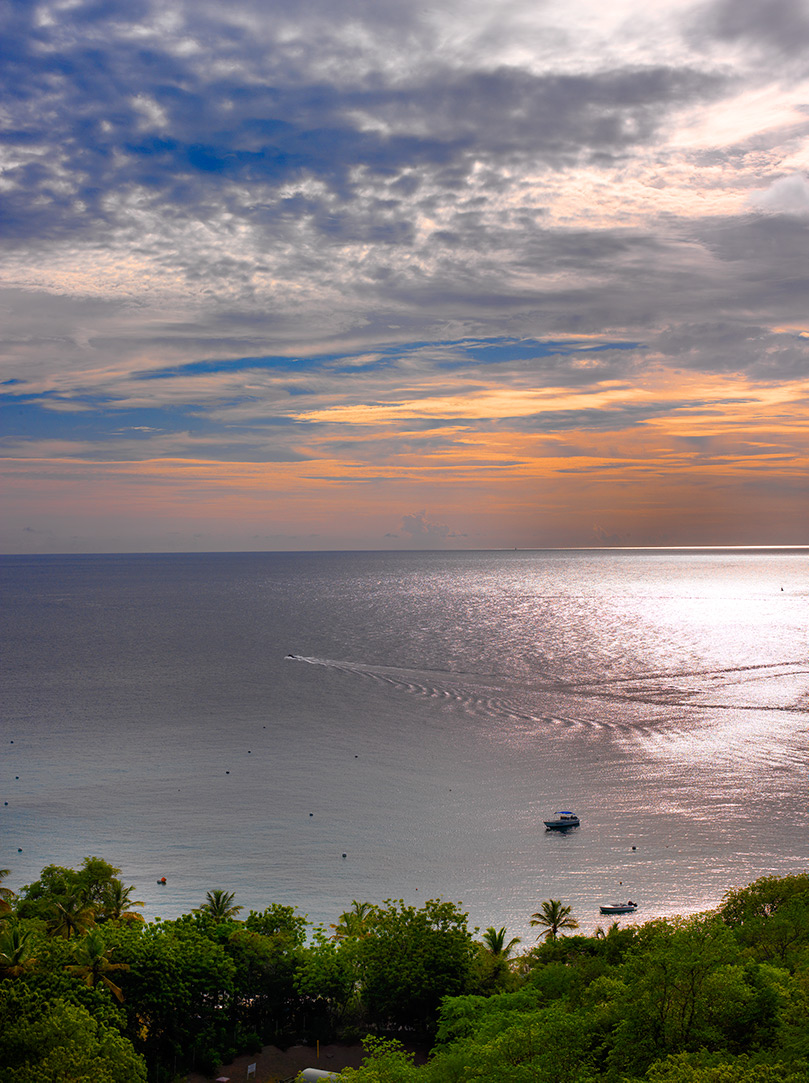 and this from a Hasslblad 503cw with CFV39 Digital Back… 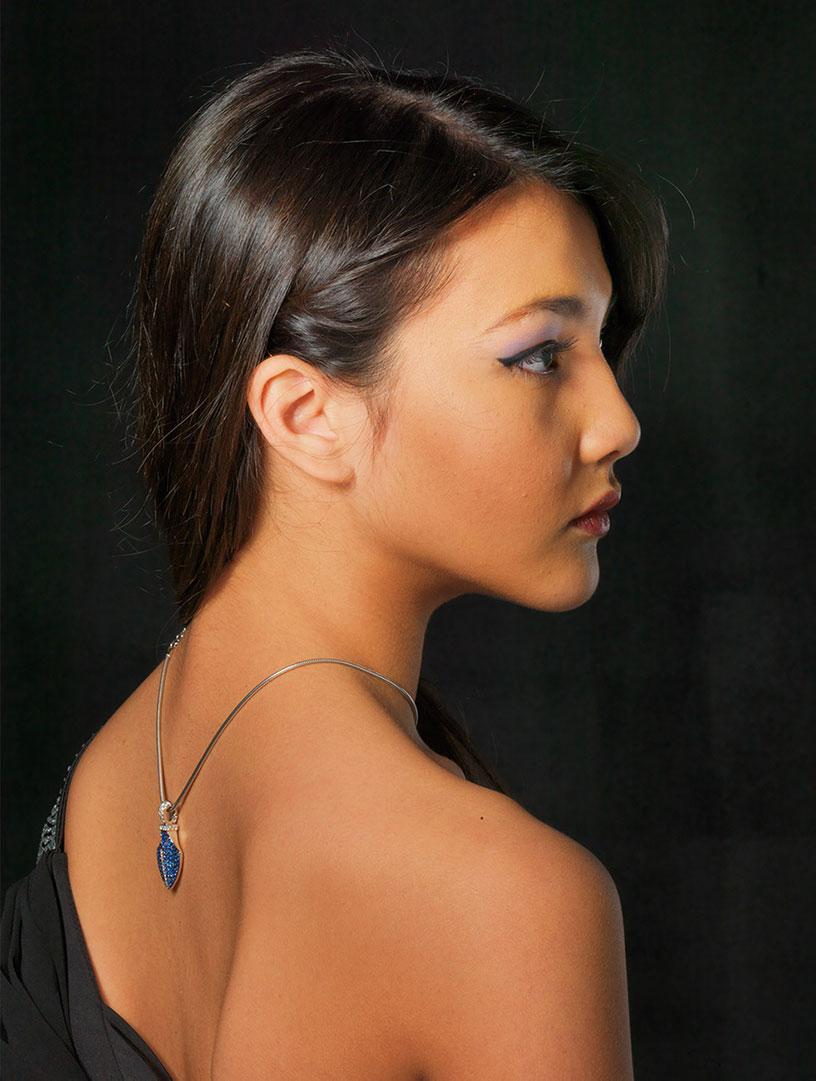 If you’d like to hear what Steven has to say about his time at Kodak this video says it all: