Here’s a lovely image of some purple & pink springtime flowers.

A guest brought them to the house when she came over at Easter. This was the first time we had received guests since lockdown has been eased, here in the UK.
I’d been planning to shoot some flowers for a while…

I thought I’d dedicate this image to my Mum, Rita. She is patiently sitting in her house waiting for normal life to resume. Sin upon sin, I didn’t mark Mother’s Day with a gift this year, so this is me making the effort for me ol’ mum. 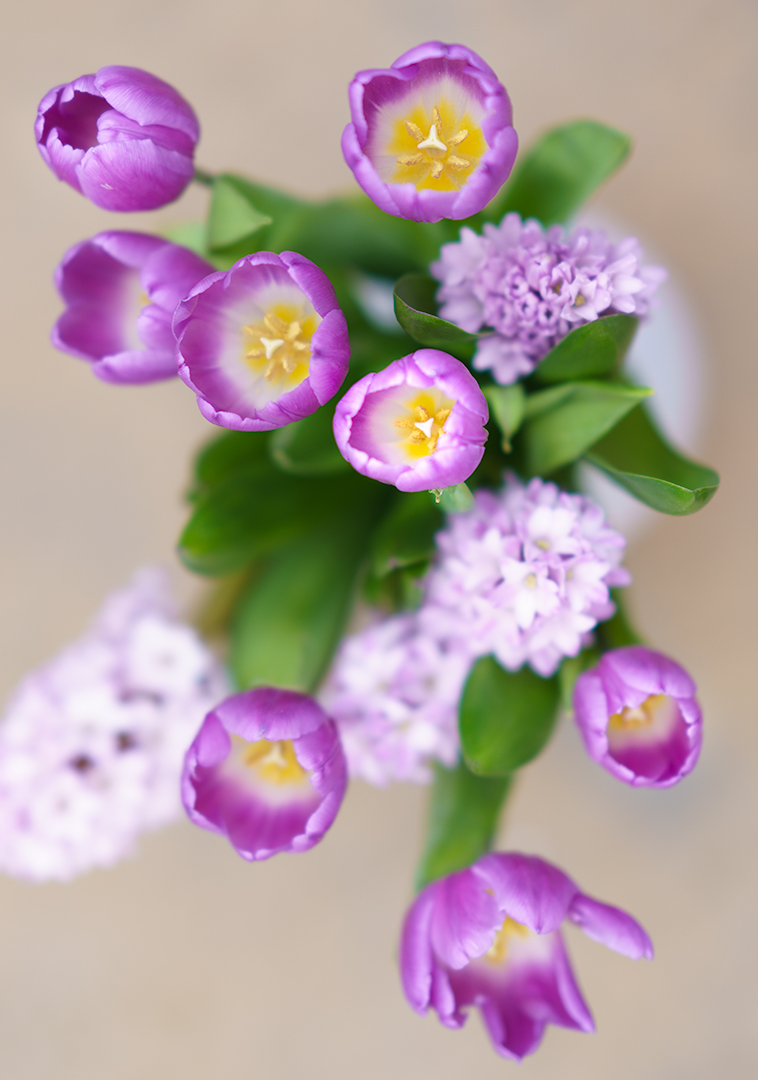 The Brief: Create an image that echoes the Impressionists and Fauvism, using only focus as a tool. Do not introduce movement to affect the image. This is overused, and a commonly used shortcut. We’ve all seen the dancer with movement. Do not use Photoshop to change the image. Use simply depth of field and focus to create an impressionistic image of flowers.

Lighting Set Up: This is shot using the only natural sunlight. I did not use any reflectors or lights. What you see is what the cosmos provided on the day. The sun is out, but it was being diffused by light clouds. This happened to be ideal for what I was trying to achieve.

Retouching: This shot has been graded in Adobe Camera RAW and minimally retouched in Photoshop; I have taken out a few marks on the foliage only. I did not retouch the flowers.

Newbie Note: In terms of composition, there’s no trick to shots like this. I placed the flowers into a neutral coloured vase, and placed them on the patio in the studio garden. I bent over them with the camera and focussed on the flower on the top. I did not arrange the flowers in any way, (I would have if they didn’t look good!) and I composed the shot by moving in a out and rotating around them until the composition presented itself.

Depth of Field: This image required the shallowest focus that I could achieve. To achieve this, I shot the Image using the minimum focal distance from the subject. I opened the lens to the widest aperture. I chose the longest lens that would allow me to practically stand above the flowers and fill the frame:

In effect. I actually didn’t want anything to be in focus, but that would cause too many problems for most viewers of the work. Even I have to subscribe to at least some part of the image being in focus. Note that I am not talking about movement here… It would be easy to simply add movement to the image to create a more impressionistic image.

The image is after Impressionism, and indeed, after Fauvism too.

“Creating the impression of daubed light is as hard as daubing paint.”

Of course, creating an “impression” of petals, using focus only, is, in fact, reversing art history, as the impressionist movement was itself inspired by early examples of a shallow depth of field produced by early photographers. It was during the period where photography had begun to emerge that artists within the Impressionist movement became aware of the effect that photographers could create. They seized upon it, and began to experiment to see if they could achieve this faux depiction of depth. Monet went on to perfect the technique of simply using light to indicate distance whilst in London: 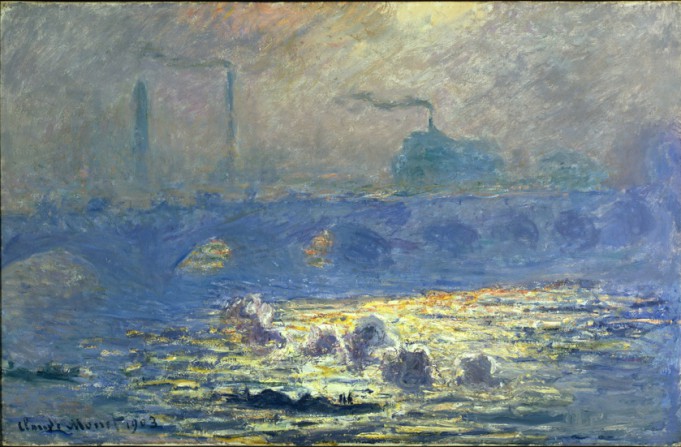 the “focus” becomes blurred as the distance increases

Trying to achieve a subtle image, with bold colours can be very difficult indeed. I often think this is why colour photography has long been considered the poor cousin to black and white (Although, in recent times this kind of thinking has receded somewhat). It’s always been easier to create a “look” in black and white. And, after all, anyone can claim that it’s after any black and white shot that has come before. Whereas colour images are challenged by the very colour spectrum itself. Colours require and demand that your attention acknowledges them as individual elements. It insists that you visually process them and make a judgement, or, at least, acknowledge they both affect and effect the image. This can be a challenge for some viewers and an excitement for others. 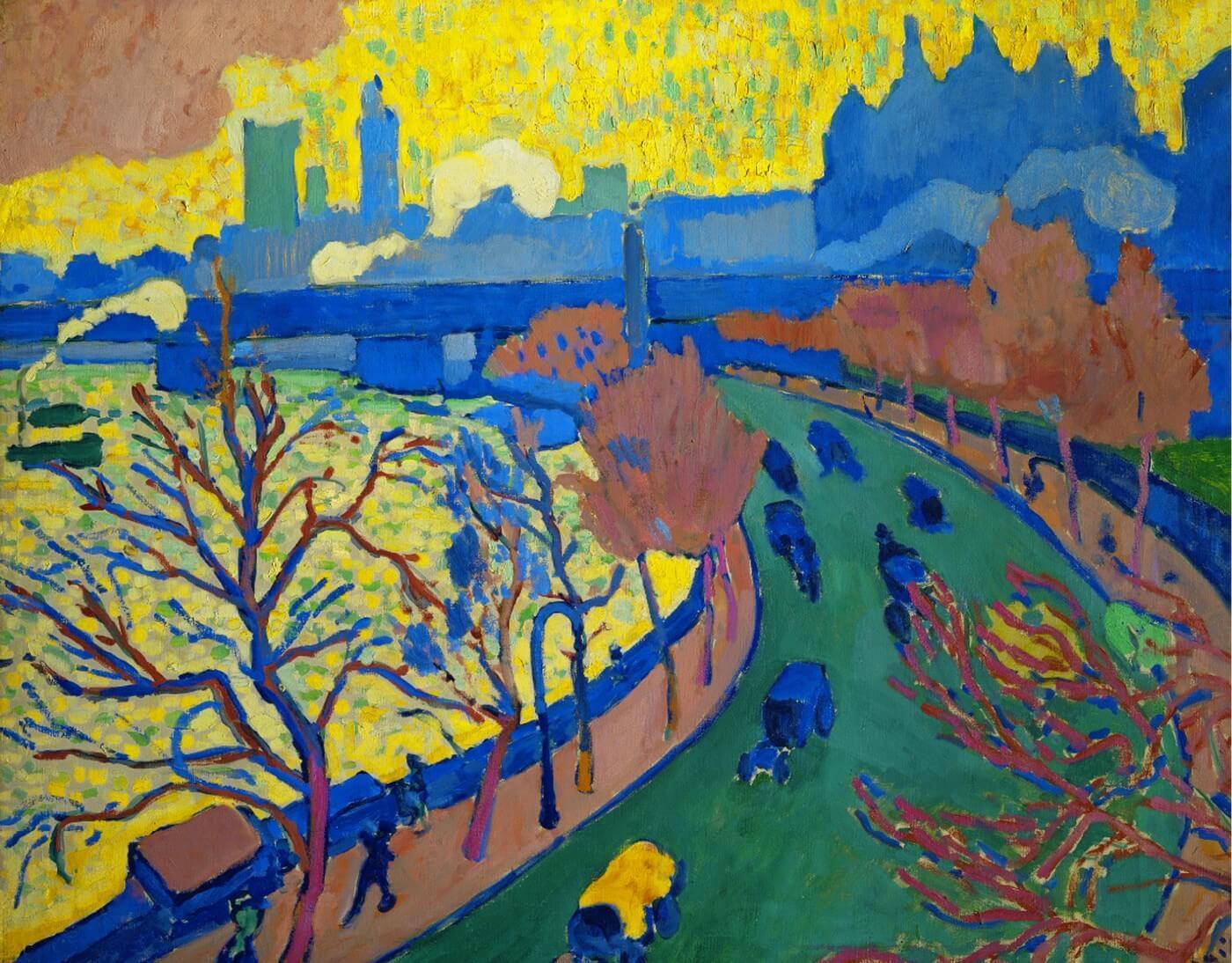 In a world that has experienced the hyper-real HDR craze and now hyper-sharp images, it can be difficult to achieve an image that has an acceptable subtlety, without being pin sharp.

I have screen grabbed the image so you can see the sharp detail on the file: 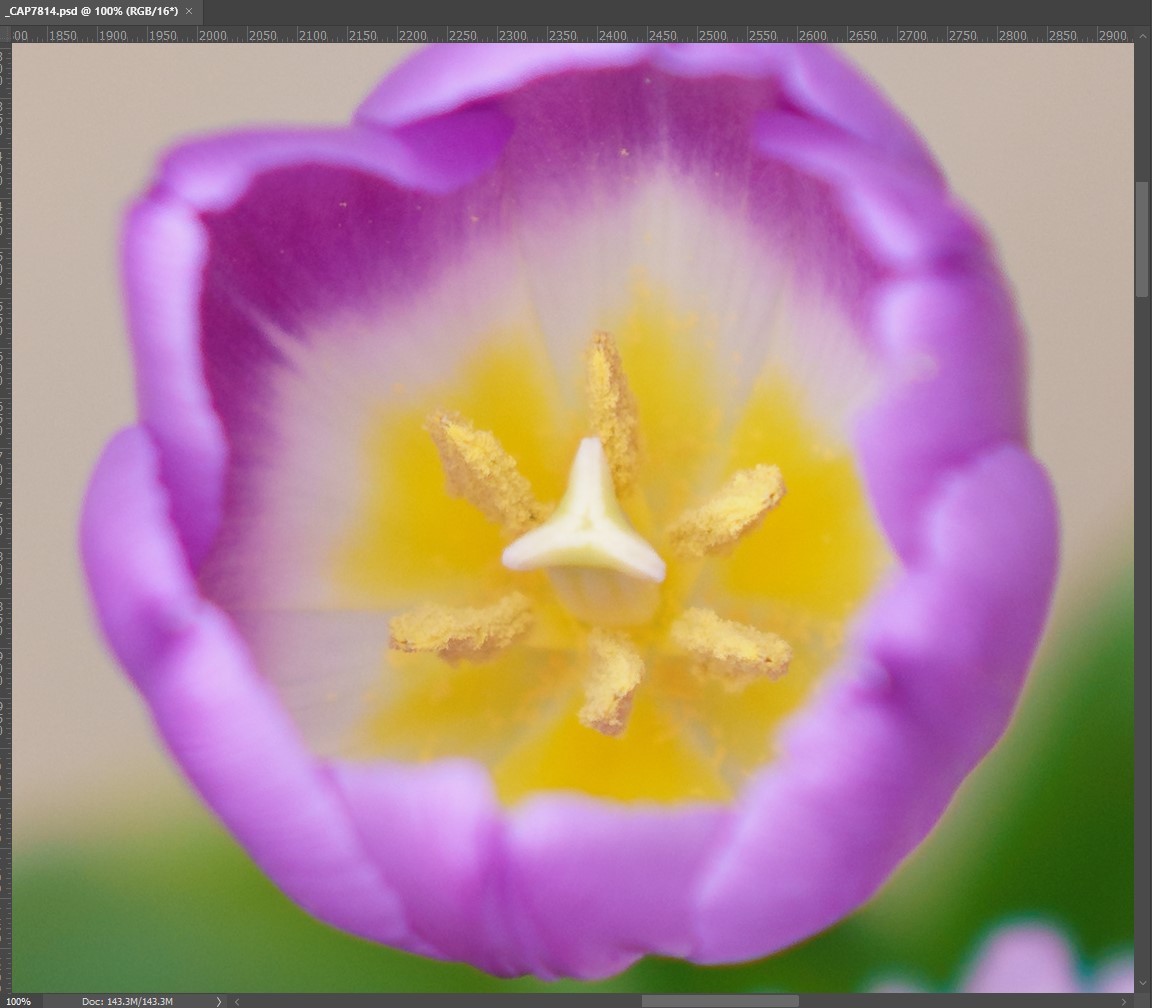 Size: 141.88 KB
Hits: 45
Download
Above is the cropped file in a zip archive. Feel free to download it so that you can see the image at 100% 1:1, without excessive compression, on your own system.

Overall, I am happy with the image, although I would prefer if the focus fell away quicker, but for that I would need a wider aperture, as I was at the minimum focal distance from the subject. If I used the next, longer lens up available to me, I would be on the Sony FE70-200 2.8GM, and whilst that will give a shallow depth of field too, it only opens up to f2.8. The minimum focal distance would have had me on a ladder as it is 96cm, according to the Sony website, but it would halve the depth of field @0.31cm.
I think I’ll shoot some more images of flowers soon.