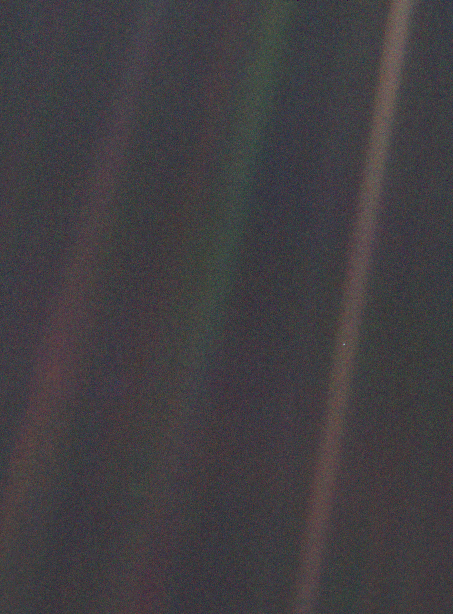 One of the most iconic portraits of all time is 30 years old. If you are not familiar with the image you should look closely at the pale blue dot, in the shaft of light, on the right hand side of the image. If you are over thirty ears old you might see yourself waving back as this is a picture of planet earth taken by Voyager 1 seconds before the camera was shut down to conserve power. It’s around 4 billion miles from earth. At this point it is 3.7 billion miles from the sun! That’s 6 billion kilometres for my metric friends!

NASA Says: “This narrow-angle color image of the Earth, dubbed ‘Pale Blue Dot’, is a part of the first ever ‘portrait’ of the solar system taken by Voyager 1. The spacecraft acquired a total of 60 frames for a mosaic of the solar system from a distance of more than 4 billion miles from Earth and about 32 degrees above the ecliptic. From Voyager’s great distance Earth is a mere point of light, less than the size of a picture element even in the narrow-angle camera. Earth was a crescent only 0.12 pixel in size. Coincidentally, Earth lies right in the center of one of the scattered light rays resulting from taking the image so close to the sun. This blown-up image of the Earth was taken through three color filters — violet, blue and green — and recombined to produce the color image. The background features in the image are artifacts resulting from the magnification.”

In celebration NASA have run the original image file through their latest software to produce a modern version of the same image: 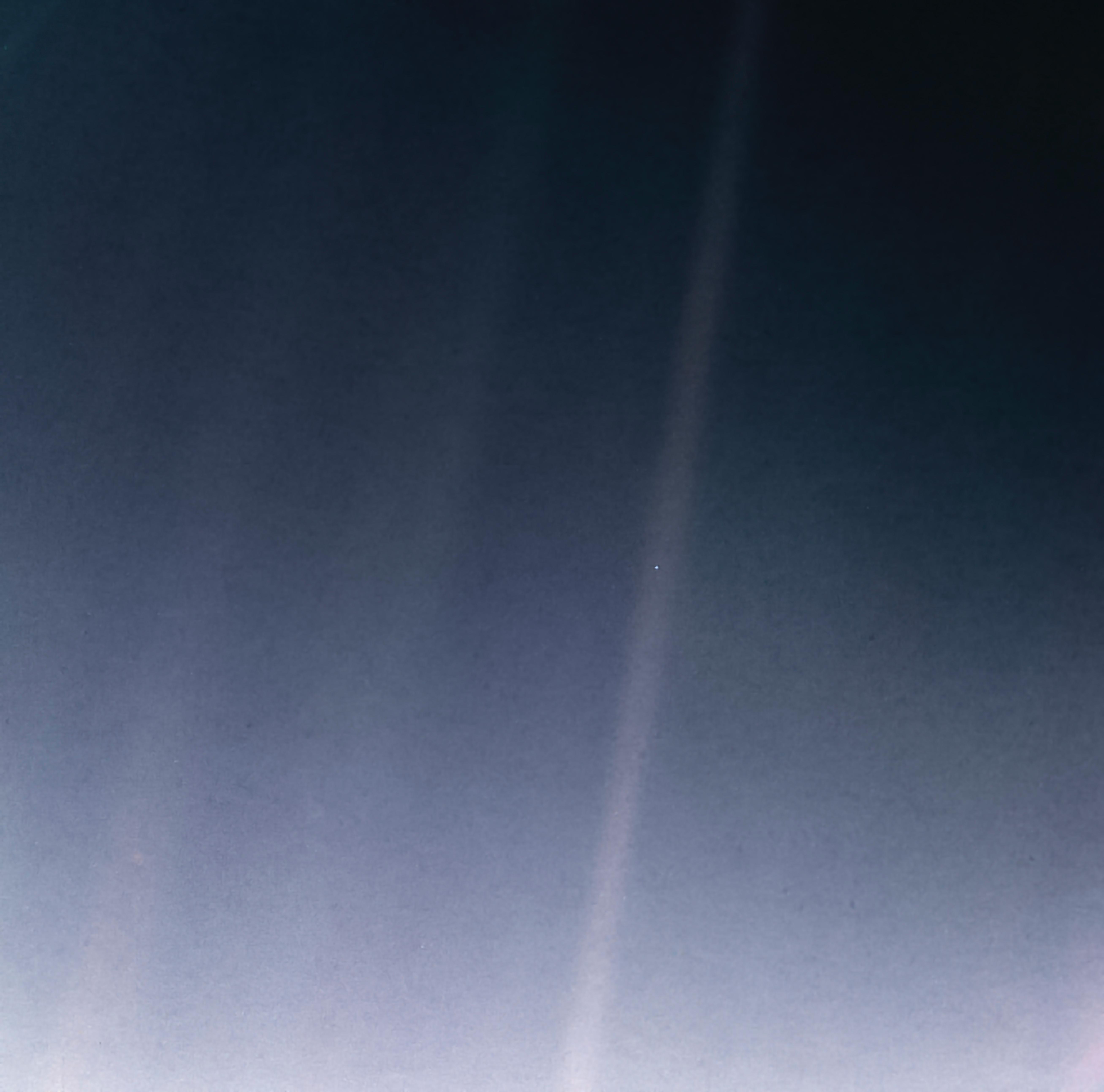 Clearly, this image is better, but I prefer the original. What do you think?

If like me, you are riding out Storm Dennis there is some great information about Voyager here: https://voyager.jpl.nasa.gov/frequently-asked-questions/