A stormy glimpse of an ancient friend.

Jo and I try to walk in Richmond Park as often as we can. Last Sunday afternoon there was changeable weather over the park and I was rewarded with this shot of the Royal Oak.
For those of you not from the United Kingdom. Richmond Park is a natural park in south west London:

“Richmond Park is London’s largest Royal Park and the largest urban park in Europe, covering an area of 2,500 acres. It is a National Nature Reserve and a Site of Special Scientific Interest, of both national and international importance for wildlife conservation.”
More Info about Richmond Park

“There are around 1,300 veteran trees in Richmond Park recorded on the Ancient Tree Inventory, and around 320 of these are ancient. One of the most impressive of these is the Royal Oak, which can be found near Pen Ponds and is estimated to be around 750 years old. With its hollow trunk, which is wonderfully gnarled and squat, the tree used to be a popular place for children to play, as they could squeeze into the tree through a split down the centre.”
More Info about the ancient oak trees in Richmond Park

Note from Colin: The Park have been saying that the Royal Oak is estimated to be 750 years old for the last 27 years, so I’m going with 775 years old

We are enjoying these last few precious weeks of being locals and enjoying the park. We are moving house and studio soon, and the park will no longer be the local santuary it has been over the last 27 years. We are moving to the Surrey Hills, where ironically, we will be able to see Richmond Hill and the park from Leith Hill in the Surrey Hills but it’s 32miles away! 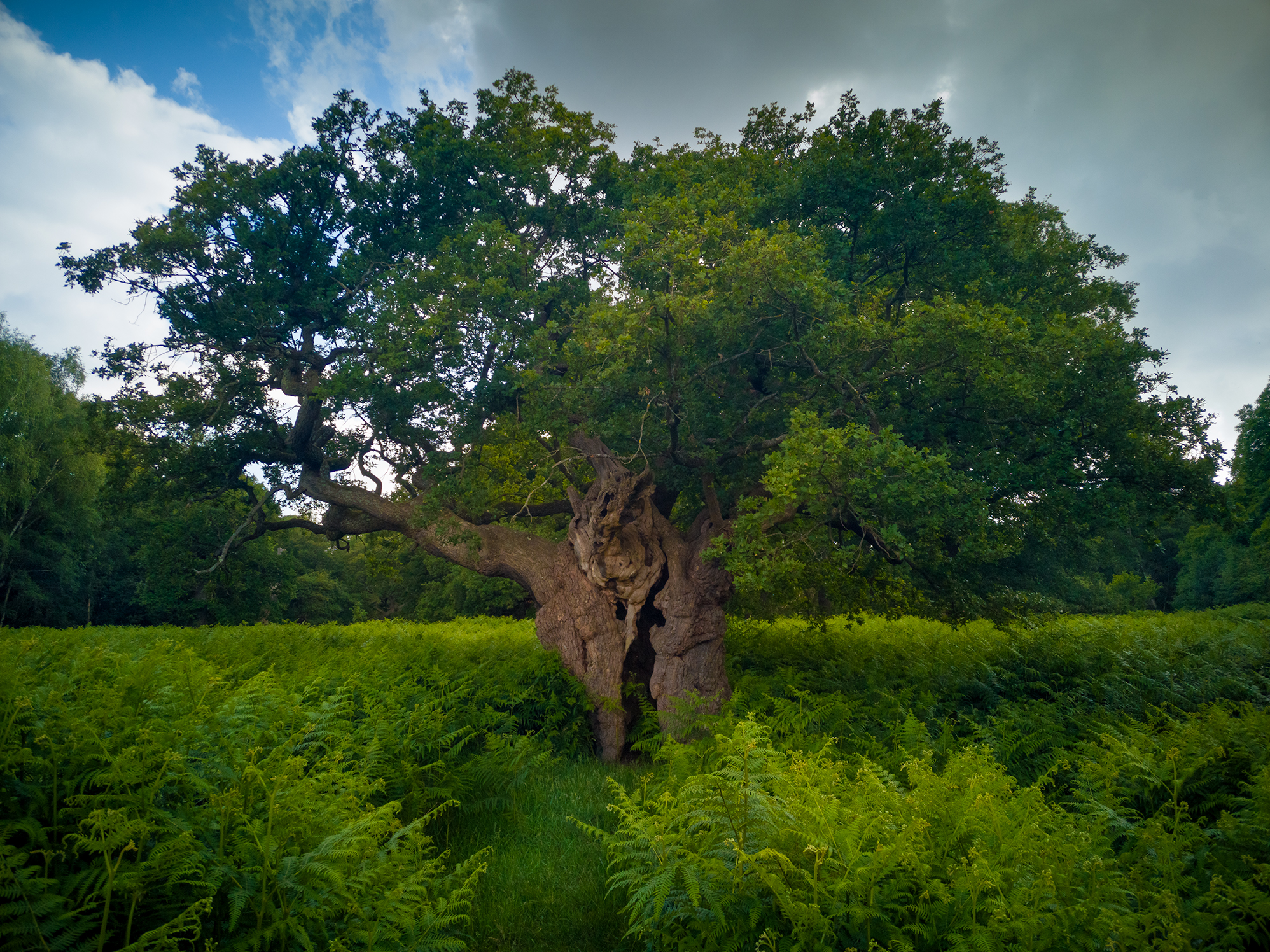 How annoying! The one time I don’t take the little Lumix with me. The weather was stormy and the Royal Oak looked majestic in the changing conditions.
This was shot in Pro/Raw mode on my smart phone. I processed the file through Adobe Camera RAW. It’s OK but if you see the full res image quality…. Meh!